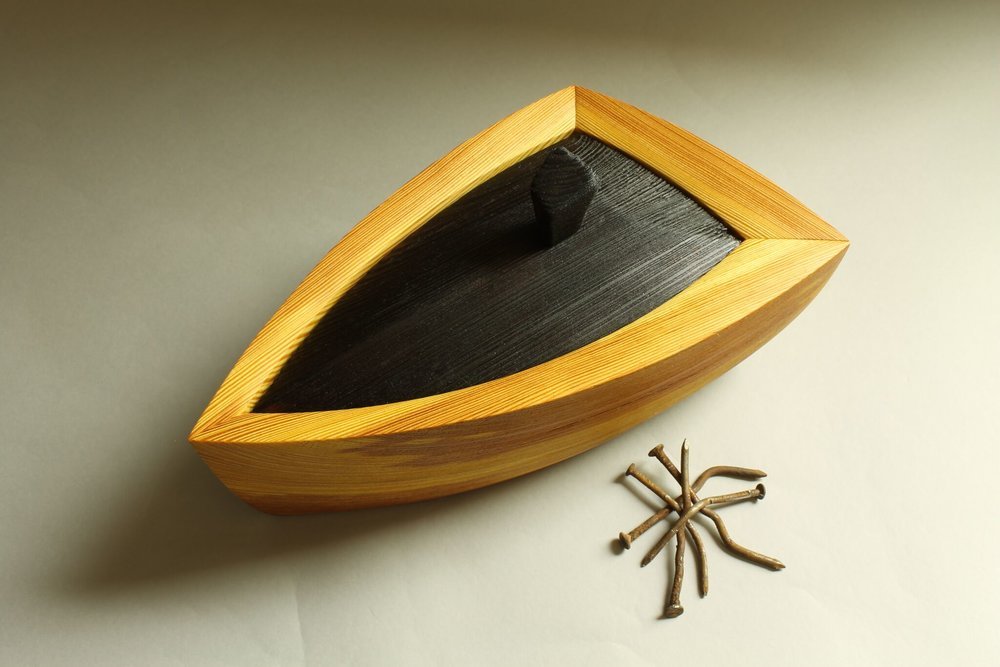 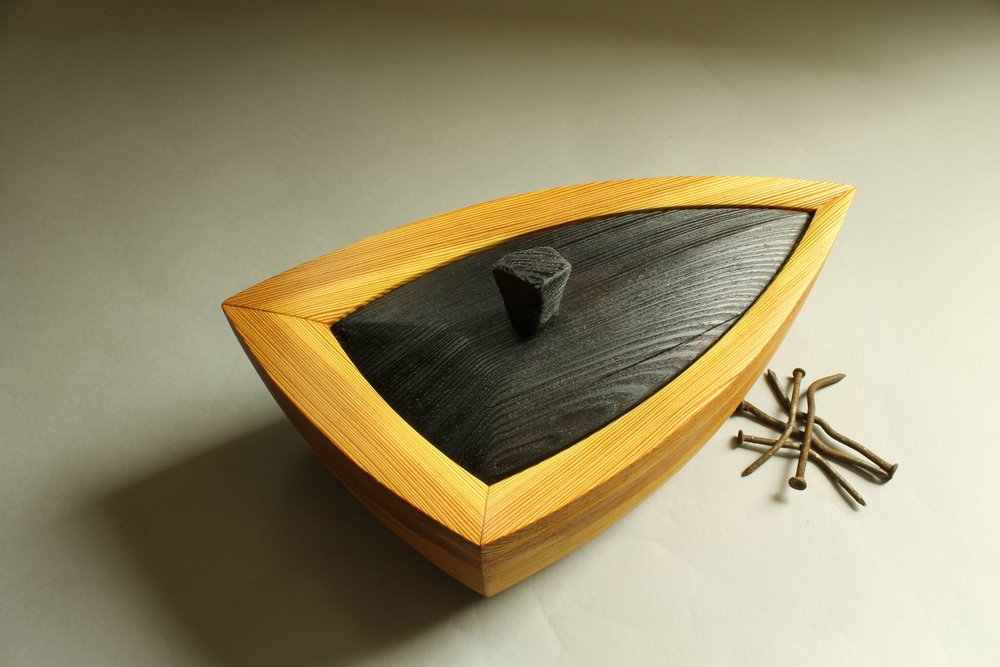 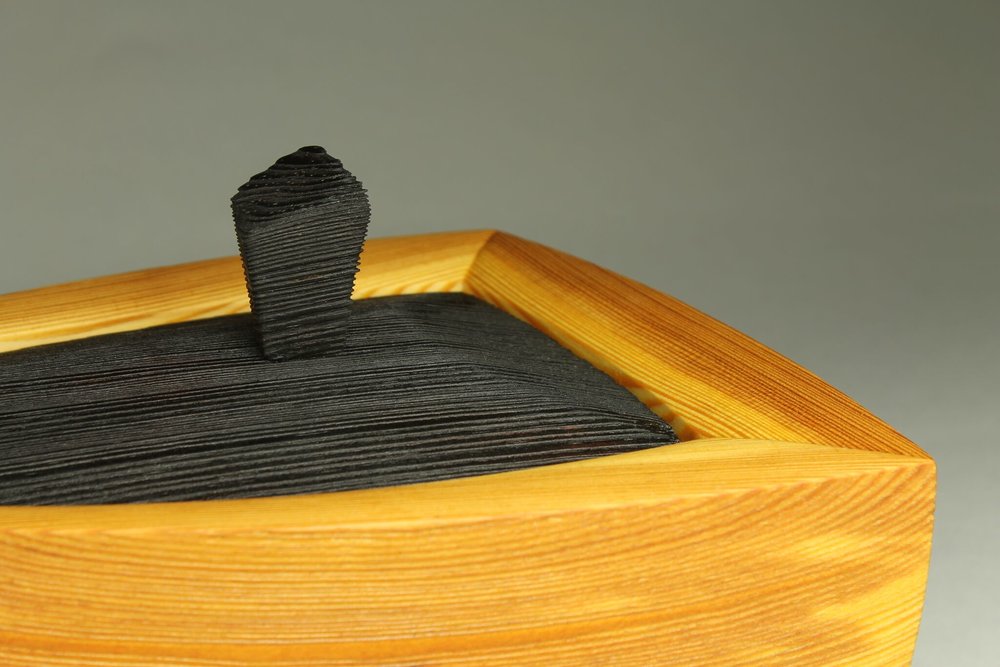 The Triad box was created at the request of a client who wanted a box made with lumber that was salvaged from a building in North Kansas City. The boards would have come from one of the mills owned by Robert A. Long, a prominent businessman and philanthropist in Kansas City in the late-1800s to early-1900s. The boards are old-growth southern yellow pine. It is a very dense, very resinous wood.

My initial sketches for the box were vessel-like and had a quality more like thrown pottery rather than a traditional wooden box. I experimented with a couple of different ideas in rigid foam, shaping them so that I could see my ideas in 3-D. Once I settled on the form I set about milling the lumber. This was the first time I got to see underneath the patina of age and uncover the beautiful grain.

Although the sides of the box curve they came out of straight parts. I cut each part sequentially out of the board so that the grain travels seamlessly around the box. To pay homage to the wood I included the cracks, splits and nail holes that were present in the board. Next, I had to figure out how to cut the miters on each end of the box sides. I created a specialized jig for my miter saw to do this. Once the miters were cut I drew the curved sides on the rectangular pieces and cut them on the bandsaw. To further shape the sides and lid I used a variety of tools including an angle grinder, Shinto rasp, pattern maker’s rasp and profiled sanding blocks. The resulting shapes are continually changing compound curves on the box sides.

The box is a study in contrasts — smooth vs. textured, dark vs. light, a geometric form described by curves rather than lines. Once the box was shaped I created the texture on the outside surfaces. To do this I first raised the grain by applying water to the surface. I then sandblasted the box using glass blasting media. Because the density of the early wood and late wood differs so greatly I was able to get a really dramatic texture. I further enhanced this texture with a wire brush. In contrast to the texture on the outside surface, I wanted the inside and the lip of the box to be satiny-smooth. These surfaces were shaped, gently rounded then sanded. To create even more drama I decided to char the bottom, the lid and the pull using a hand-held propane torch. These parts were also detailed with a wire brush.

The box was finished with a 3-part wiping varnish and hand-rubbed to a soft luster. The satin finish over the sandblasted texture invites you to explore the surfaces with your fingers as much as with your eyes!