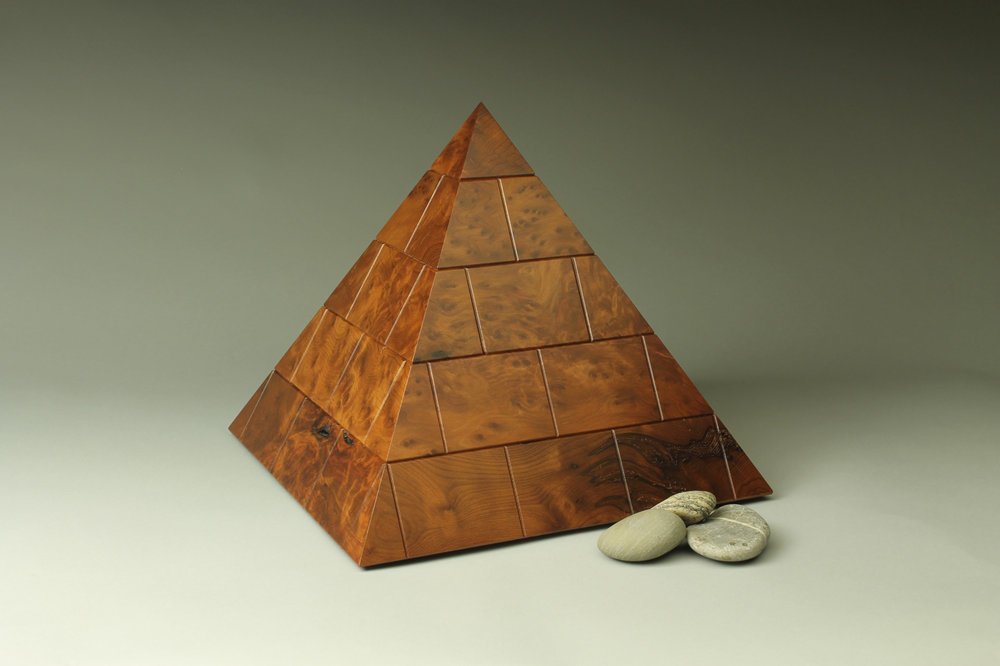 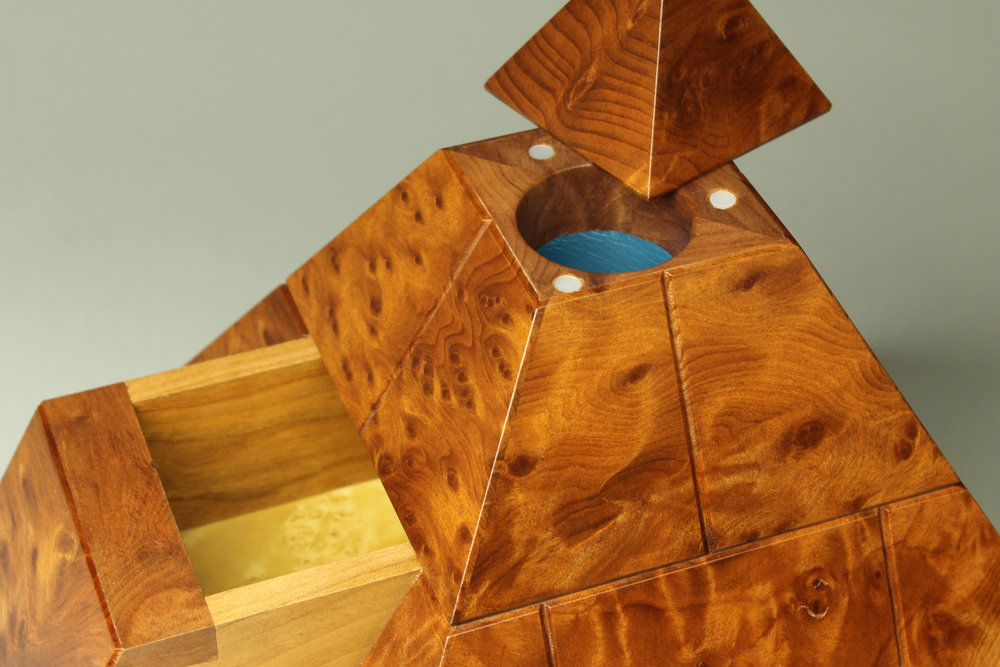 This box came about at the request of a client who asked me to make him a pyramid. The wood is a mystery burl from a veneer mill that had gone out of business about a decade ago. My best guess is that it is some type of softwood burl, perhaps redwood. I knew I couldn’t make ‘just’ a pyramid so I decided it would have some surprises that are not obvious at first glance. Once you start exploring the pyramid you will discover that I built in two drawers and a secret cavity that is revealed when the tip is rotated.

I started out this project doing some research on the proportions of the Egyptian pyramids and the geometry of pyramids in general. I chose a pyramid that had proportions that I found particularly aesthetically pleasing. In order to build up the mass of wood needed to make a solid object of this size, I used a technique called ‘brick lay’. This allowed me to build the pyramid a layer at a time. This layered approach was also necessary to build the drawers and the secret cavity.

To begin with, I made each layer a solid square. I then stacked the squares on top of each other, hot glued them together, tilted the table on my bandsaw and cut each of the four sides. This turned the project from a stepped pyramid into a pyramid with smooth sides. Once I had the basic pyramid shape I started to address the features that each layer would have. Two of the layers have drawers. The drawers have dovetailed sides made of cherry. I routed grooves into the sides of the box which would limit the amount of travel of each of the drawers and keep them from being pulled all the way out. Pins through the sides of the drawers run in the grooves and allow the drawers to open and close smoothly. Another layer has a secret cavity that is revealed when the very top of the pyramid is turned. This layer is also embellished with mother-of-pearl inlay. As a final embellishment, I added horizontal and vertical v-grooves, much like the detailing seen on structures made with large blocks of stone.