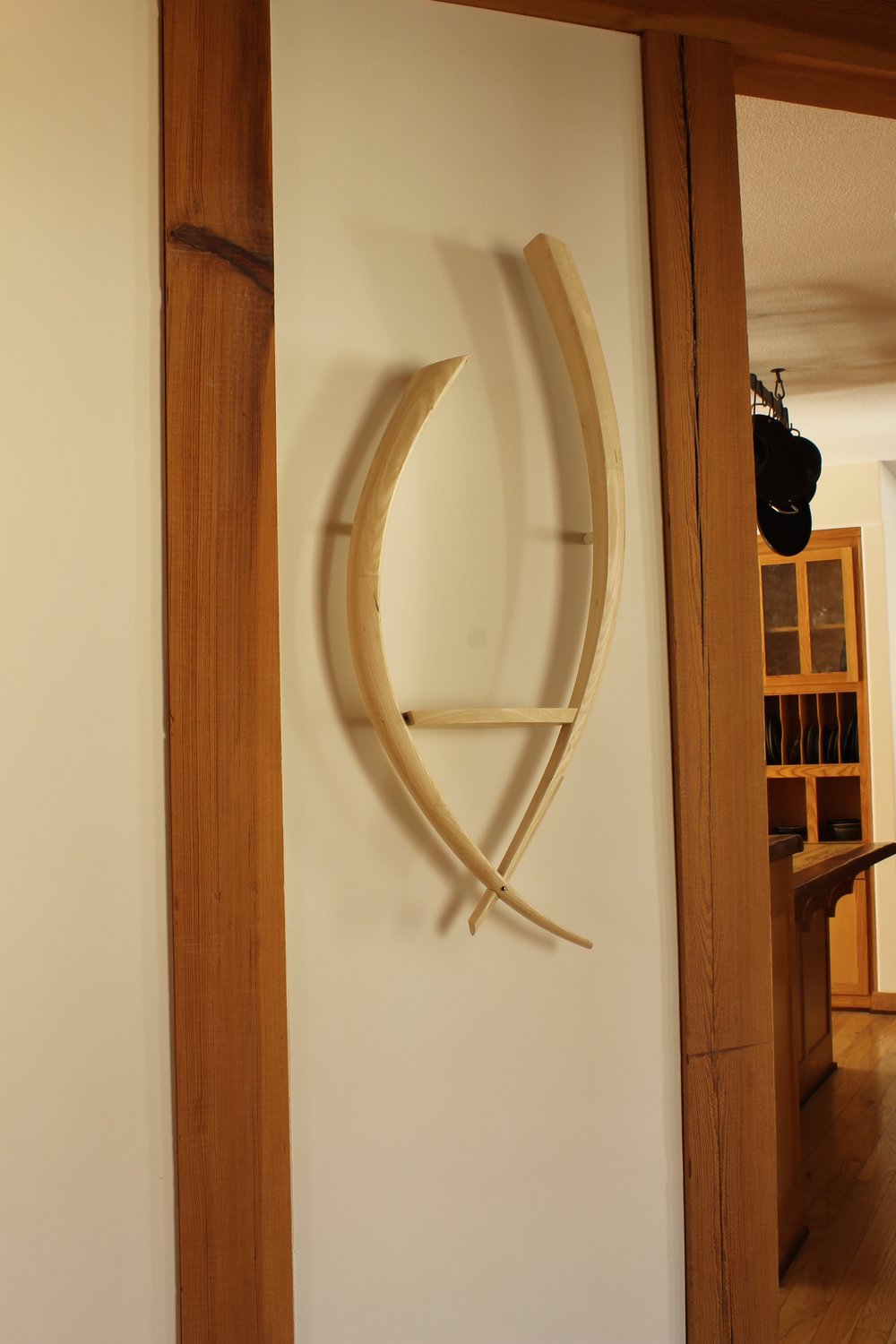 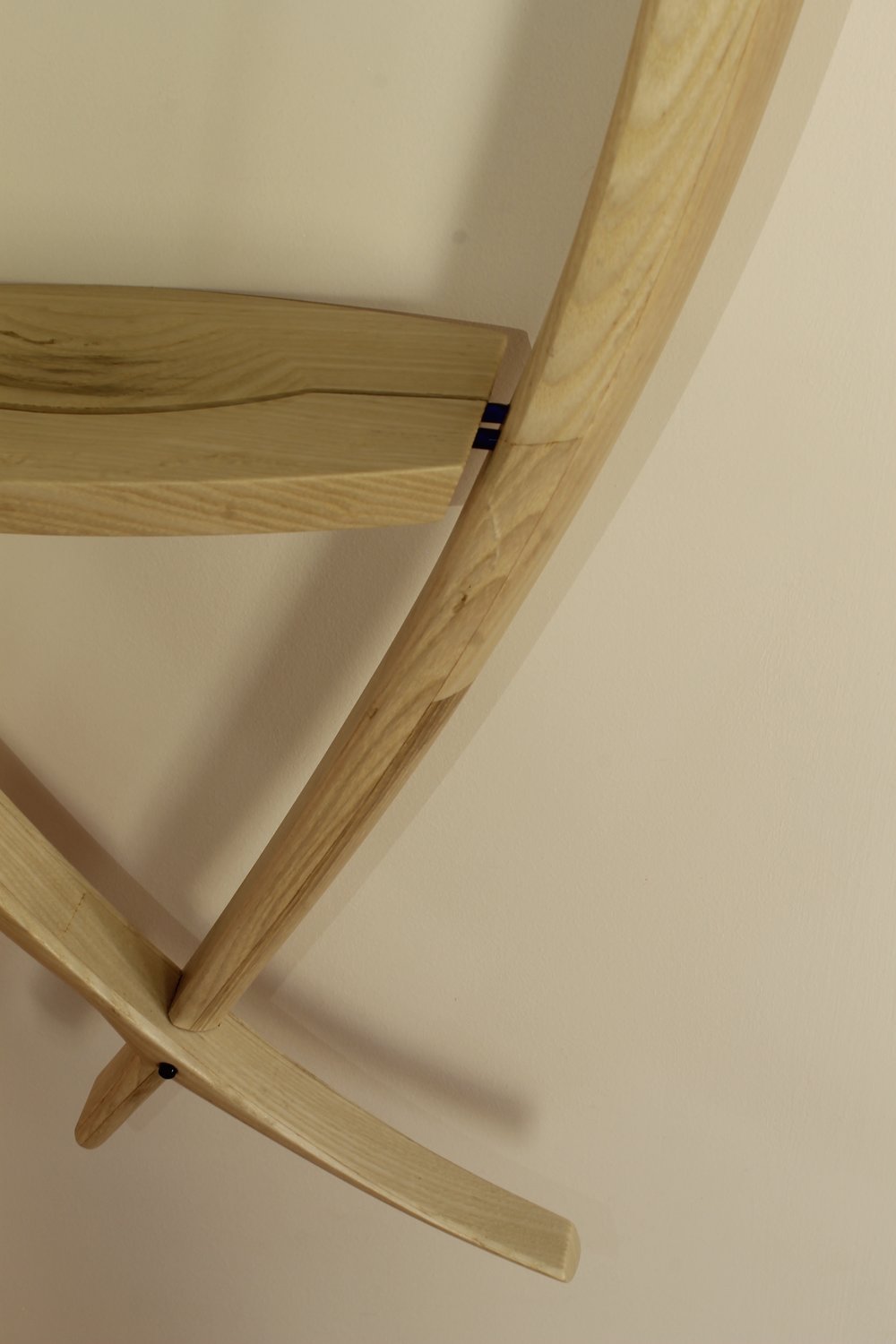 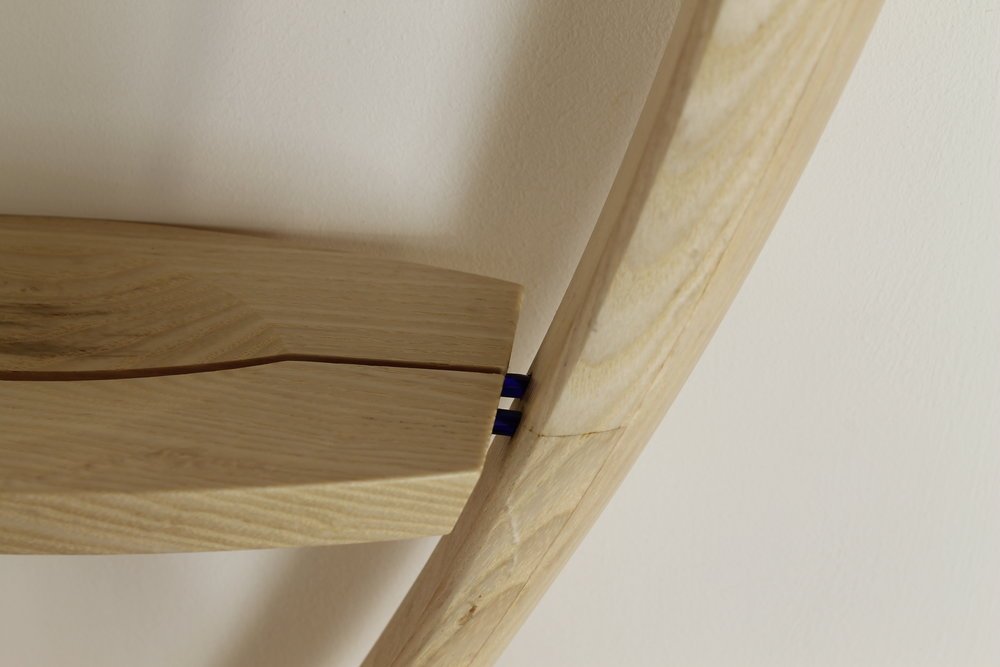 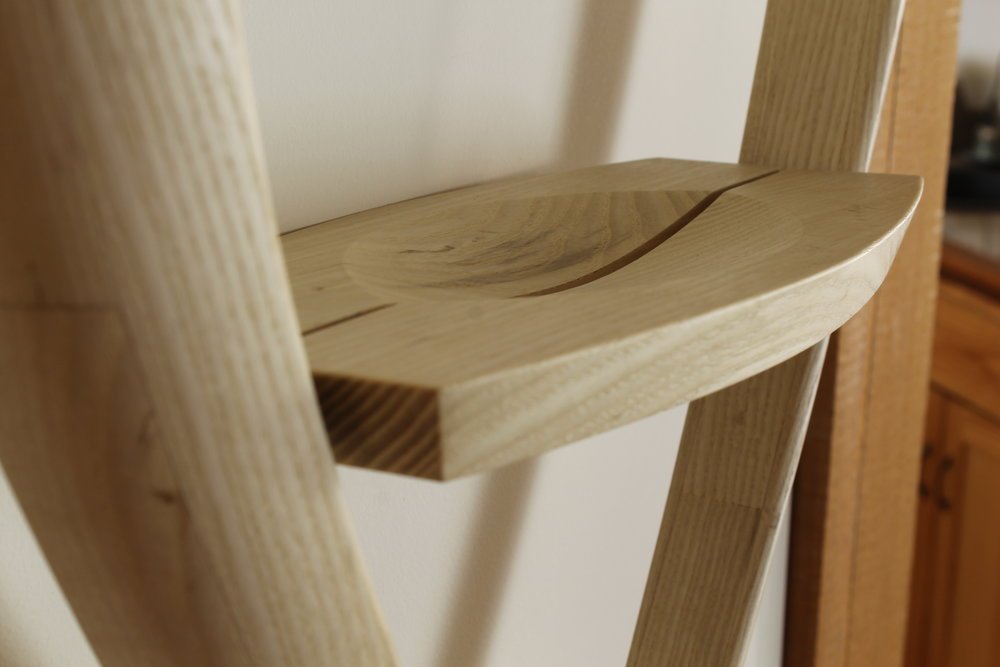 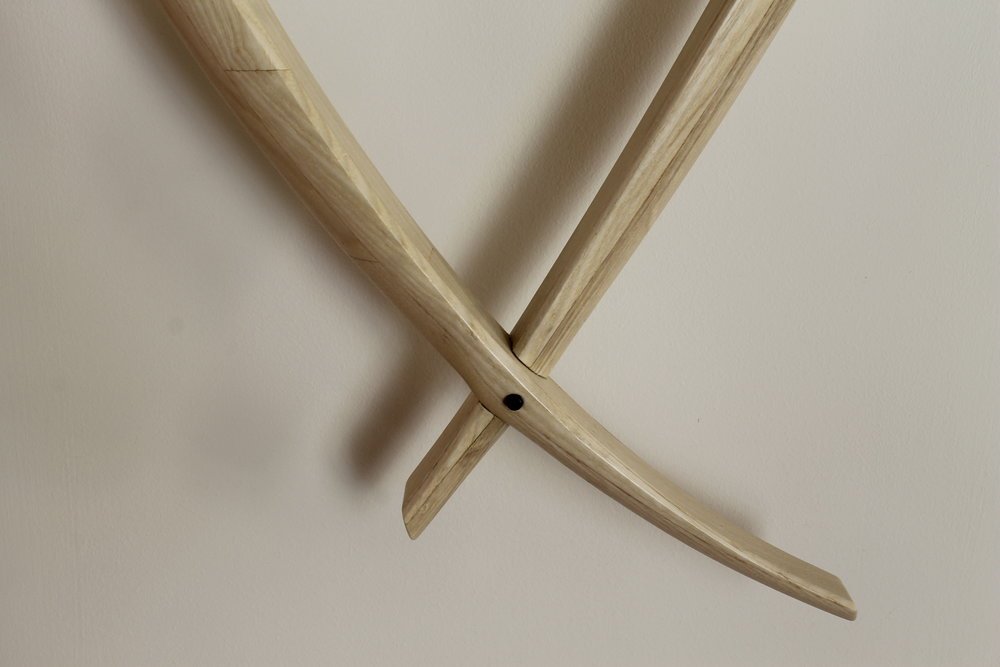 ‘Welcome’ is a wall sculpture with a shelf designed to hold a single, special object. It had started out as my interpretation of a cabinet. I wanted to challenge what we think of when we think of a cabinet but even in my wildest, most minimalist imaginings I can’t consider this a cabinet. I titled the piece ‘Welcome’ because the gestural nature of the shape invokes in me a sense of comfort, like an embrace, and feels welcoming.

The curves of the piece were constructed using a technique known as bricklaying. Each rail is made of three layers of ash, stacked on top of each other like bricks, but made oversized so that I could sculpt out the final shape that I wanted. These layers give the piece strength and allowed me to build up the thickness. Once my ‘blanks’ were created I was able to start sculpting. I cut the initial curves on the bandsaw and also tapered them on the bandsaw. Once the parts had the curves I wanted, I cut the lap joint where the rails intersect one another.

Once the shape was locked in I could tackle how I was going to attach the shelf between the rails. I knew that I would use dowels and leave a space between the sides of the rails and the shelf. I love to create negative spaces so that light and shadow can interact in interesting ways. Since the rails are asymmetrical and not in the same plane as each other, I had to build separate jigs to drill the holes for the dowels in the right and left rail.

Now that I had the shape and knew how the piece was going to assemble I was able to finish the sculpting. I removed as much wood as I could on the router table. To achieve the final shape I used an angle grinder, rasps, files, custom-profiled sanding blocks and card scrapers as I worked toward my layout lines. Hardlines were sculpted along the length of the rails to add visual and textural interest.

The shelf was fun to create. I started with a wide board and turned a shallow dish in it on the lathe. I then ripped the board into three piece, got rid of the center piece and re-joined the outer pieces. This left a football-shaped dish in the center of my shelf. The final shape was obtained by cutting a gentle curve on the bandsaw with the table tilted. This gave the outside edge of the shelf a curved bevel.

For the finish, I decided to bleach the ash because I wanted the wood to be quite pale to serve as a counterpoint to the intense color of the glass.