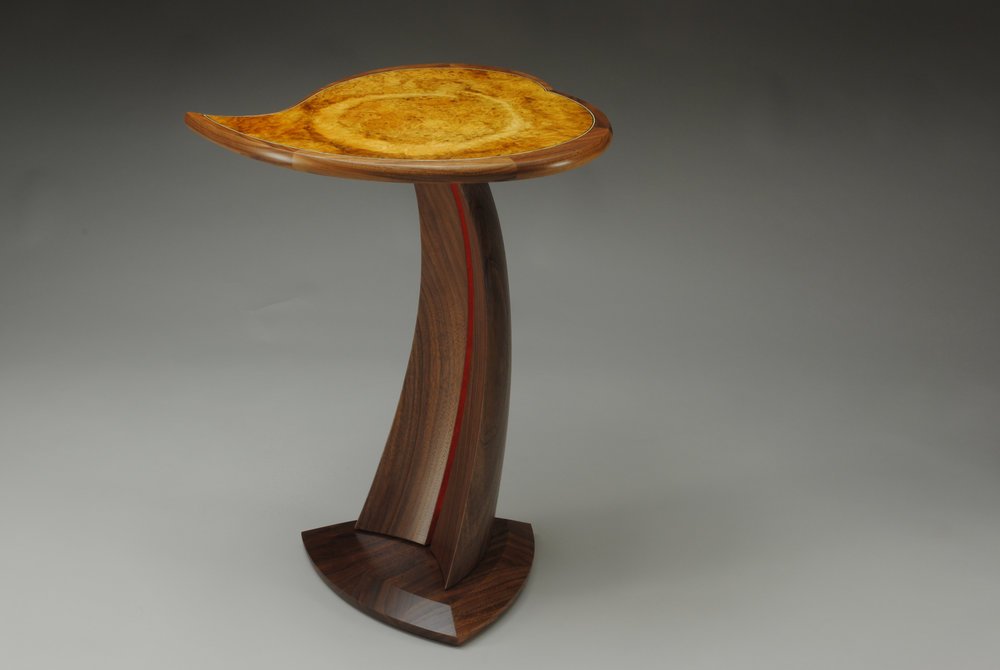 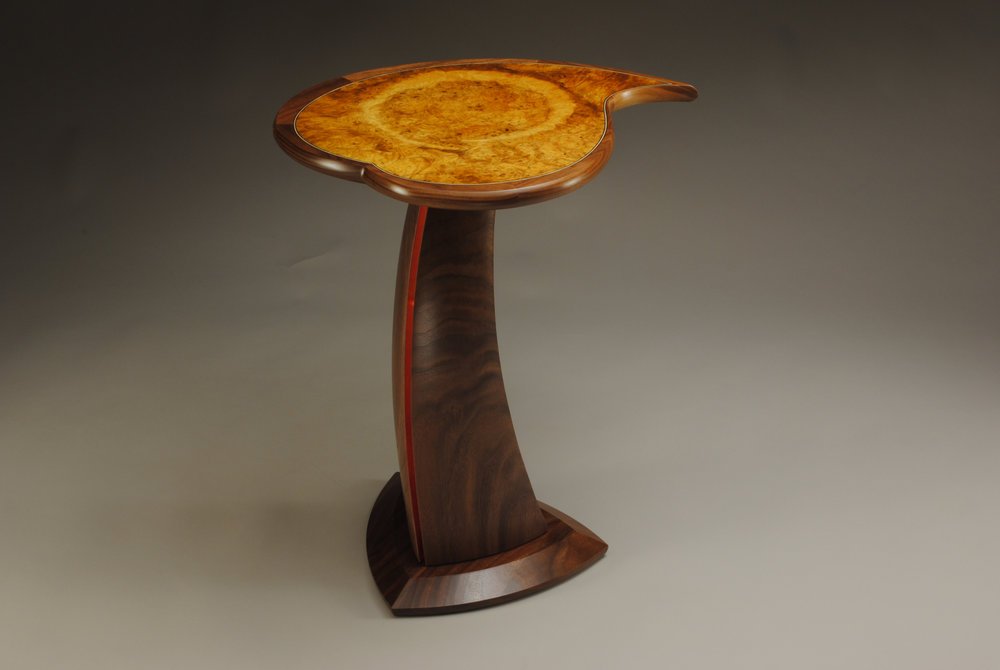 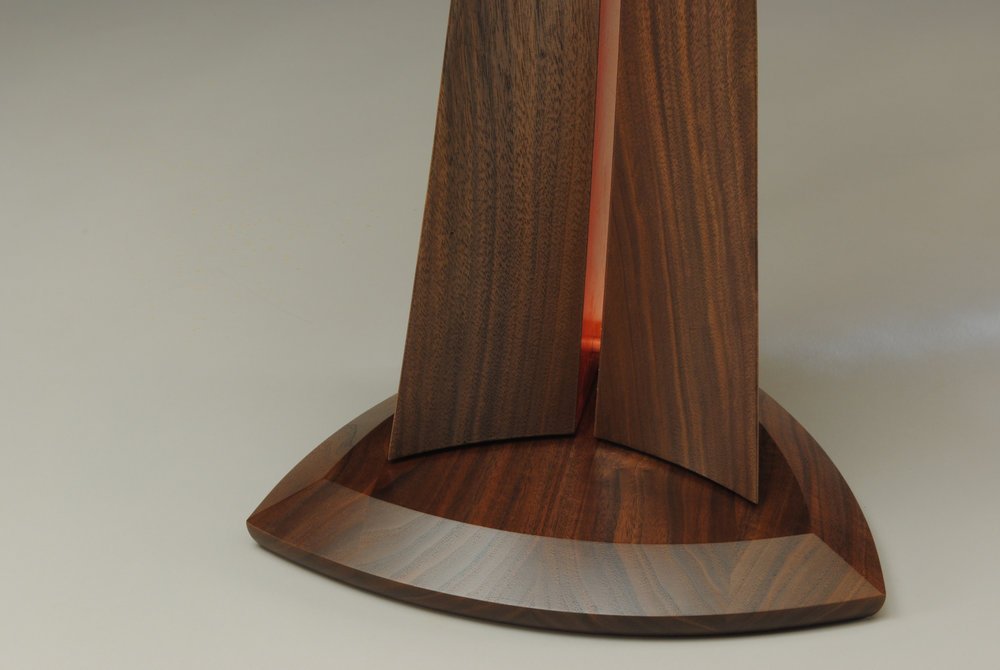 The top for the table is a study in nature and nurture. The overall shape is that of a redbud leaf, which is one of the first things to turn green in the spring in Missouri (nature) and the crescent graphic that I created in the veneer is evocative of an embrace (nurture). The top was made out of olive ash burl veneer and edged in solid walnut. I am able to create graphic images in a veneered surface by micromanaging the convex and concave areas in the boundary between the heartwood and sapwood.

The column was made of two halves that are mirror images of each other and separated by 3/8″ to create a negative space. The faces are copper gilded and the two halves are connected by three copper dowels. The columns were sculpted out of solid walnut. I chainsawed the blanks out of a tree that originally lived in downtown Peterborough, Ontario. The side profile shape was cut on a bandsaw. Once I had the side profile, there was still a lot of material to remove to get to the final shape. I cut away the bulk of the remaining wood on the outside of the curves on the bandsaw, taking controlled cuts off of each half. Once this was done, my columns were roughly the shape I wanted, but they were just that: rough. I started the smoothing process with an angle grinder. From there I did the final shaping and smoothing using custom contoured sanding blocks, a Japanese curved file and card scrapers.

Next up was the pedestal. It was made from a walnut tree reclaimed from downtown Kansas City, Missouri. The lumber from this tree was quite dense and had beautiful grain. To soften the hard edges and create some visual interest I added a wide bevel to the pedestal. A roundover that intersected the bottom edge of the bevel completed the profile that I was after. Somewhere along the way I decided that I wanted the inside faces of the columns to be copper gilded. My inspiration came from my fireplace. I have a hammered copper wood box next to the fireplace and it shines when the smallest amount of light hits it. I thought it would be a beautiful effect if the negative space between the two columns would glow in the same way. It is really quite delightful to walk around the table and see this flash of light come from the space between the columns.