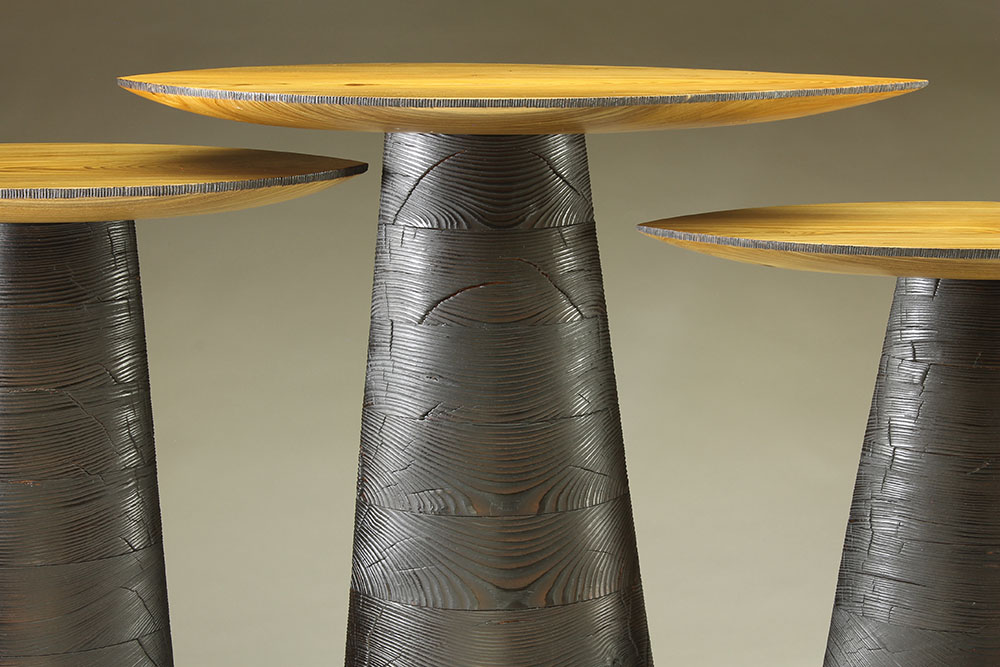 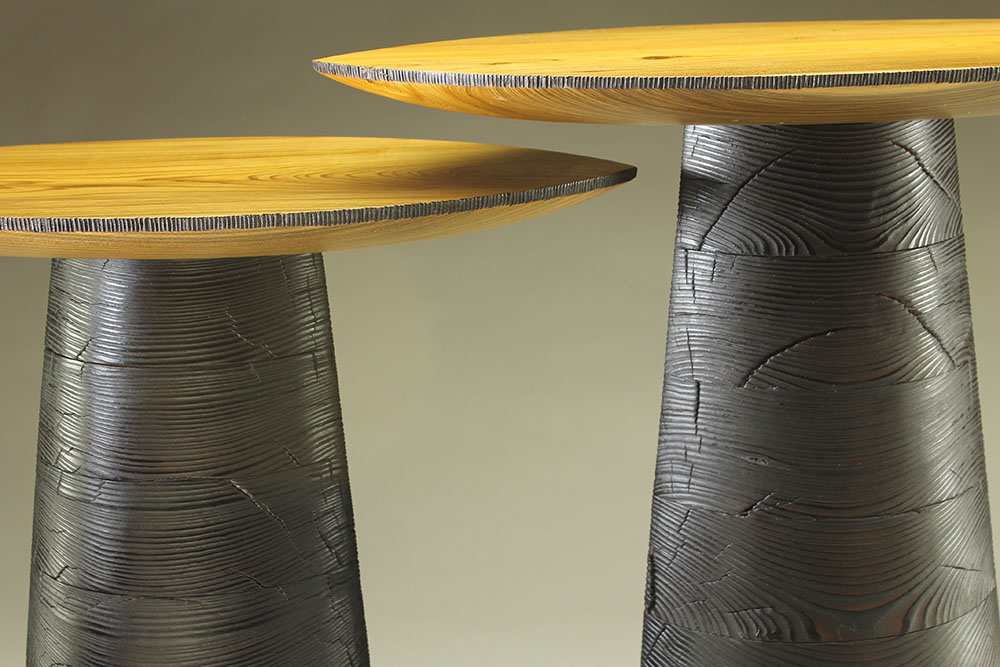 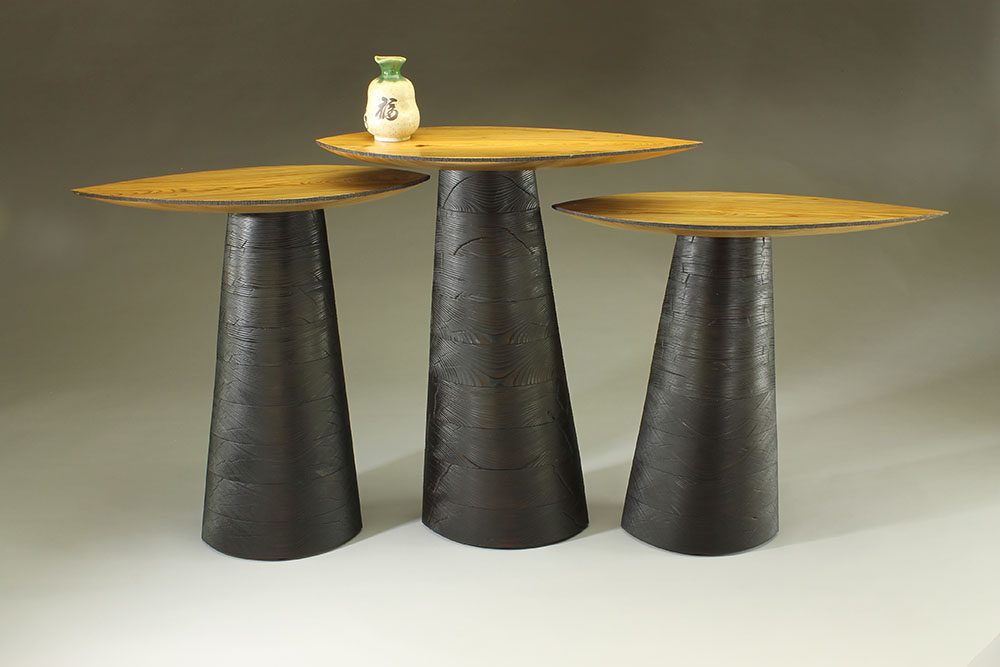 Devotion is a piece that was commissioned by some clients who had recently learned about sinker cypress.  Back in the day cypress trees were felled and the logs were tied into rafts and floated to the sawmills.  Occasionally logs would become detached and sink to the bottom of the rivers.  Today those old logs, which have been perfectly preserved, are being salvaged out of the rivers and milled.  The story of the fate of the cypress logs resonated with my clients and they were drawn to the wood.  They bought a board on a trip to Alabama and asked me to make them a table.

This was quite a ‘think-y’ project for me.  I spent considerable time meditating on the powerful forces of fire and water, how we need them to survive, and of their potential to devastate.  I introduced these elements of fire and water into the design of the piece and they are reflected in the final aesthetic.  I also love the story of the cypress logs and how the transformative nature of the creative process can turn something mundane into something precious.  And, of course, these meditations are also metaphors for life and the experiences that shape us.

The pedestals were created using lumber that was salvaged from a building in North Kansas City.  The boards would have come from one of the mills owned by Robert A. Long, a prominent businessman and philanthropist in Kansas City in the late-1800s to early-1900s.  The boards are old-growth southern yellow pine.  It is a very dense, very resinous wood that has tightly spaced growth rings.  I chose this wood specifically because I knew it would allow me to create the strong horizontal texture and visual element I envisioned for the pedestals.  I wanted them to have the feel of water lapping up against them.  The pedestals went through quite a transformation.  They started out as tall rectangular blocks of wood.  I cut them roughly to shape on my bandsaw.  I started refining the shape using a power planer.  I then moved onto using angle grinders with various attachments.  I did the final shaping with a sander.  The next process was to create my brûlée finish.  This is achieved by charring the wood with a propane torch.  The fire burns away the less-dense wood more quickly than the resinous wood.  This preferential burning away of the wood is what allows me to create the amazing, can’t-quit-touching-it texture.  The fire also enhanced the lovely cracks in the wood that speak to its age and character.

The cypress tops were sculpted in much the same way and using the same tools as the pedestals were.  Again I was quite intentional when choosing the parts of the board that would become the tops.  Visually I wanted the grain to look like ripples of water after someone has dropped a stone.  To contrast with the texture of the pedestals, I chose to make the tops smooth.  I also chose to embellish the edges of the tops with a pyrography texture.  This wood-burned texture compliments the brûlée finish of the pedestals.  It also helps give the tops some definition and visual grounding.

Although each table can stand alone my vision is that the three tables live together in a grouping.  The negative spaces between the tables are a strong part of the overall composition.  This my most sculptural work to-date and I thoroughly enjoyed the process of creating these dynamic, organic shapes!