The Story of Toujours 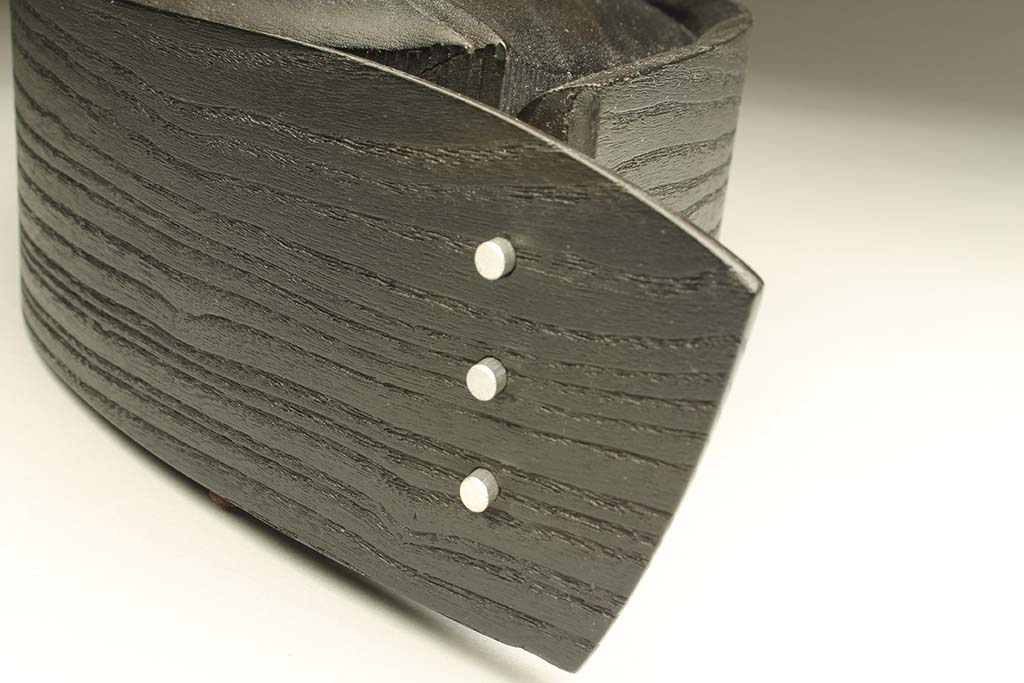 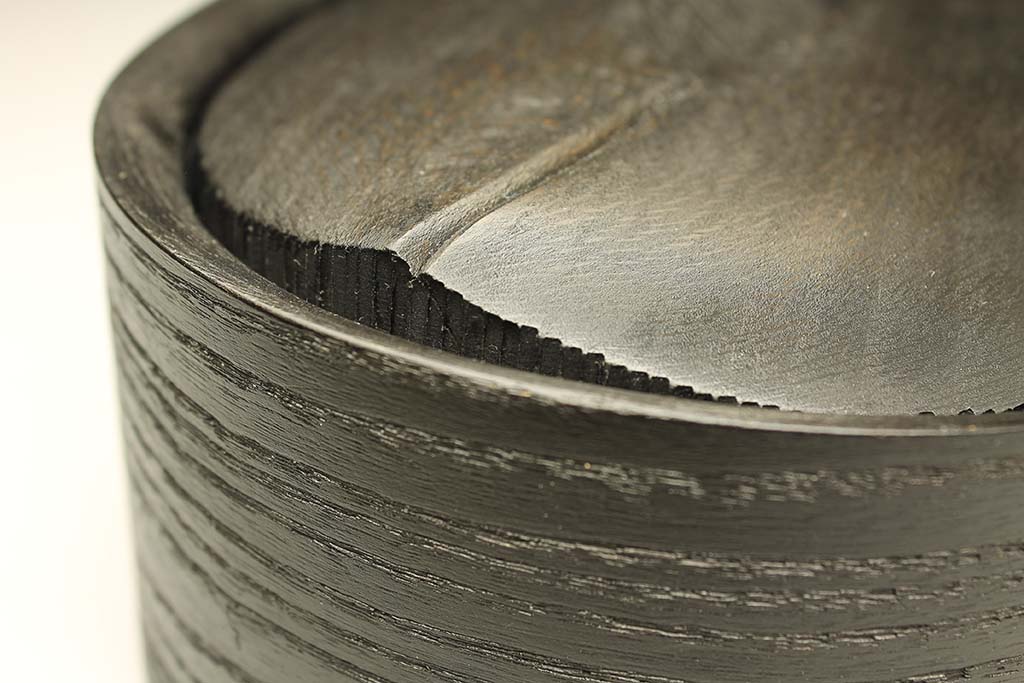 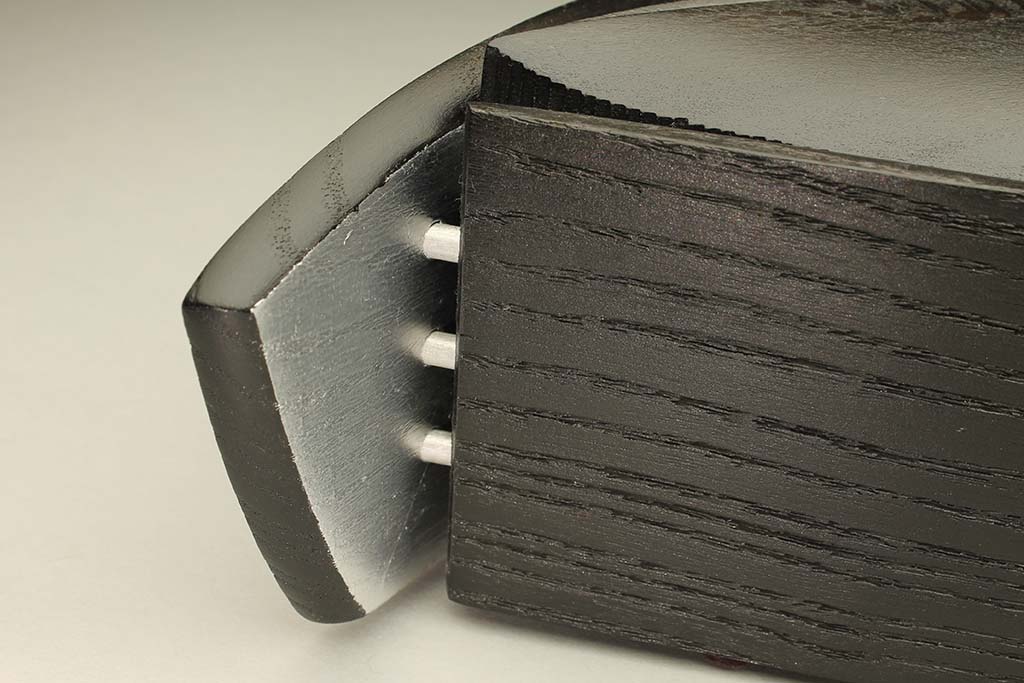 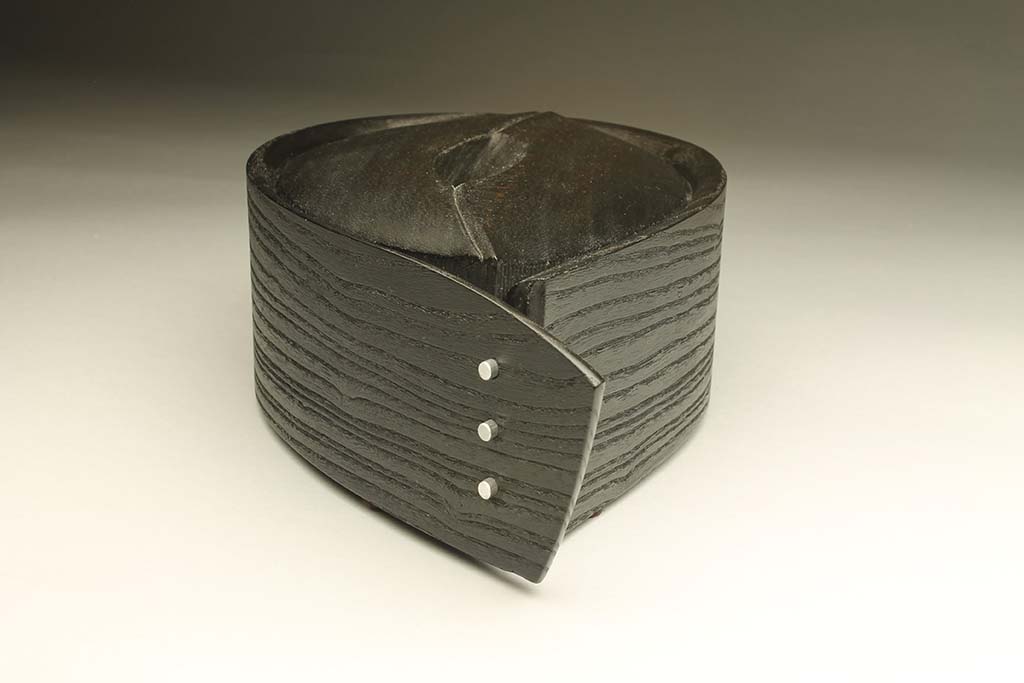 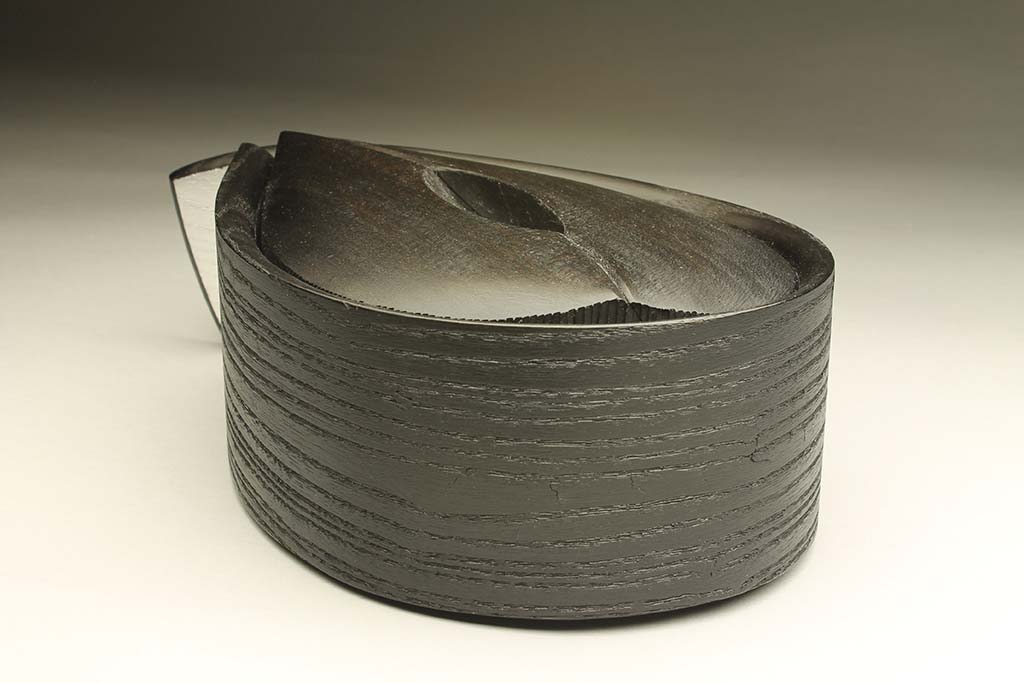 This piece came about at the request of a client who asked me to make a box to house the ashes of a beloved pet.  As I was designing I wanted the piece to reflect the love, comfort and companionship our pets provide and the ways they enrich our lives.  From the top the box is a stylized representation of a pet with its tail wrapped around its body.  I also find this shape is evocative of an embrace and creates a safe, sacred space in the interior.

The body of the box was created from a single ash board using a technique known as steam bending.  I steamed the wood for about 45 minutes then wrapped it around a form to create the teardrop shape.  Once the wood had set into its new, curved shape I further refined the form and shaped the edges.

I chose ash for the box body for both technical and aesthetic reasons.  Technically, ash is a wood that steam bends well, especially given the tight radius of the design.  Aesthetically, I wanted a wood that has a significant difference in density between the heartwood and sapwood because I knew I wanted to create an amazing texture by sandblasting it.

Similarly, I chose quartersawn sycamore (sometimes known as ‘lacewood’) for the lid and bottom for both technical and aesthetic reasons.  From a technical perspective, I wanted a tight-grained wood because I wanted its smooth surface to contrast with the textured surface of the sandblasted ash.  From an aesthetic perspective, I wanted the visual of the ‘leopard spots’ that are so prominently featured in this wood when it is quartersawn.

I also knew that I wanted the whole piece to be ebonized.  This is a technique that creates a chemical reaction in the wood and causes it to turn black, much like the black stain seen around a nail in an old piece of oak.  I cause this chemical reaction by sequentially applying two solutions.  One is a concentrated solution of black tea and the other is vinegar in which I have dissolved steel wool.  This reaction happens at a cellular level resulting in a deep, rich black, much different from what can be obtained with a stain or dye.

The interior of the box is gilded with silver leaf.  Gilding is a technique of surface embellishment that goes back to the ancient Egyptians.  In short, the substrate is prepared, a special adhesive known as ‘sizing’ is applied, followed by a thin metal foil.  The metal was traditionally 23K gold but copper, silver, palladium and other metals are often used today.  Because the metal is so thin (less than the thickness of a red blood cell!), it telegraphs the texture of the substrate upon which it is applied.  You can see horizontal lines under the leaf which are the wood’s grain.  But if you look closely you can also see faint vertical lines.  These vertical lines are the echo of the compression the inside face of the wood experienced during the steam bending process.  These lines were not visible to the naked eye, nor could they be detected by feel, in the raw wood.  They only became visible because of the gilding process.

The last bits of embellishment include a carved recess to lift the lid and a pyrography texture on the outside edge of the lid.  Again, this texture is in contrast to the smooth surface of the lid.

To protect the piece I chose an Osmo finish.  It is a European finish which is a non-toxic blend of various oils and waxes.  It leaves a lovely satin sheen that I find particularly pleasing and touchable.  I want my work to be a delight to the fingertips as well as the eyes!