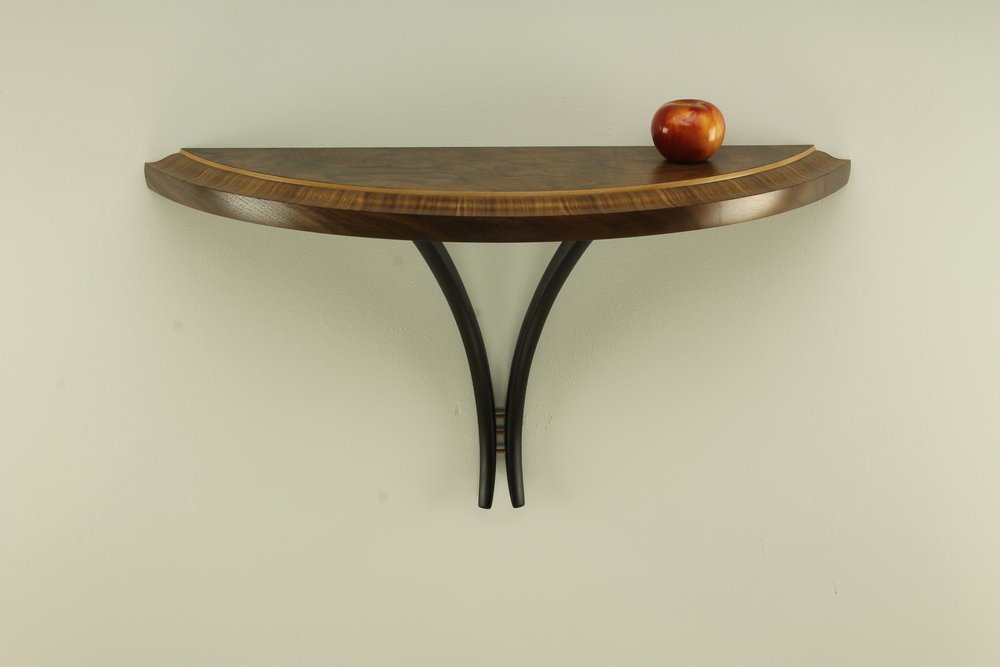 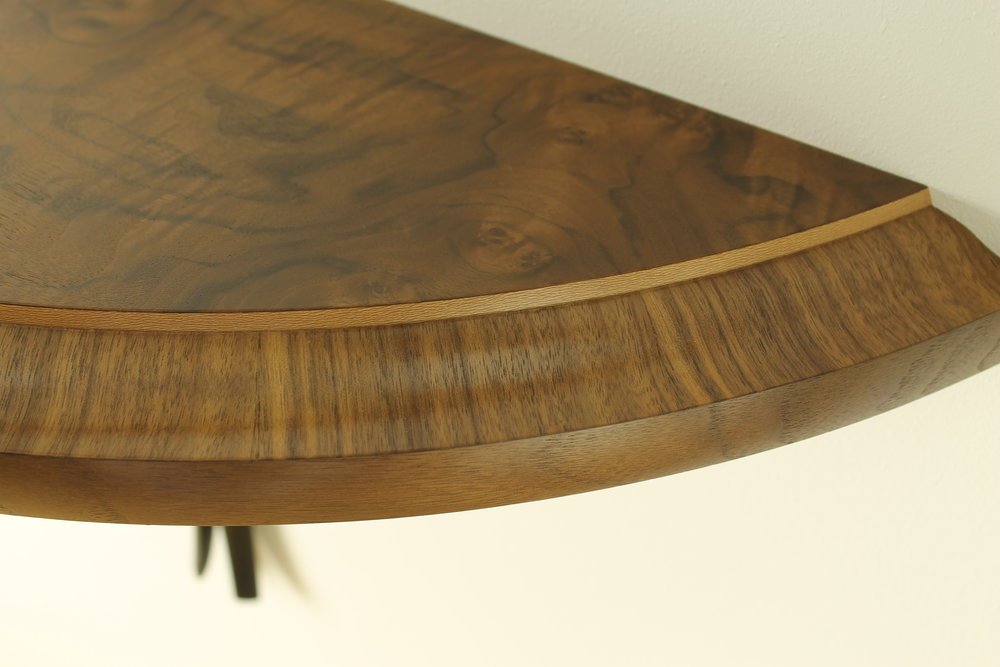 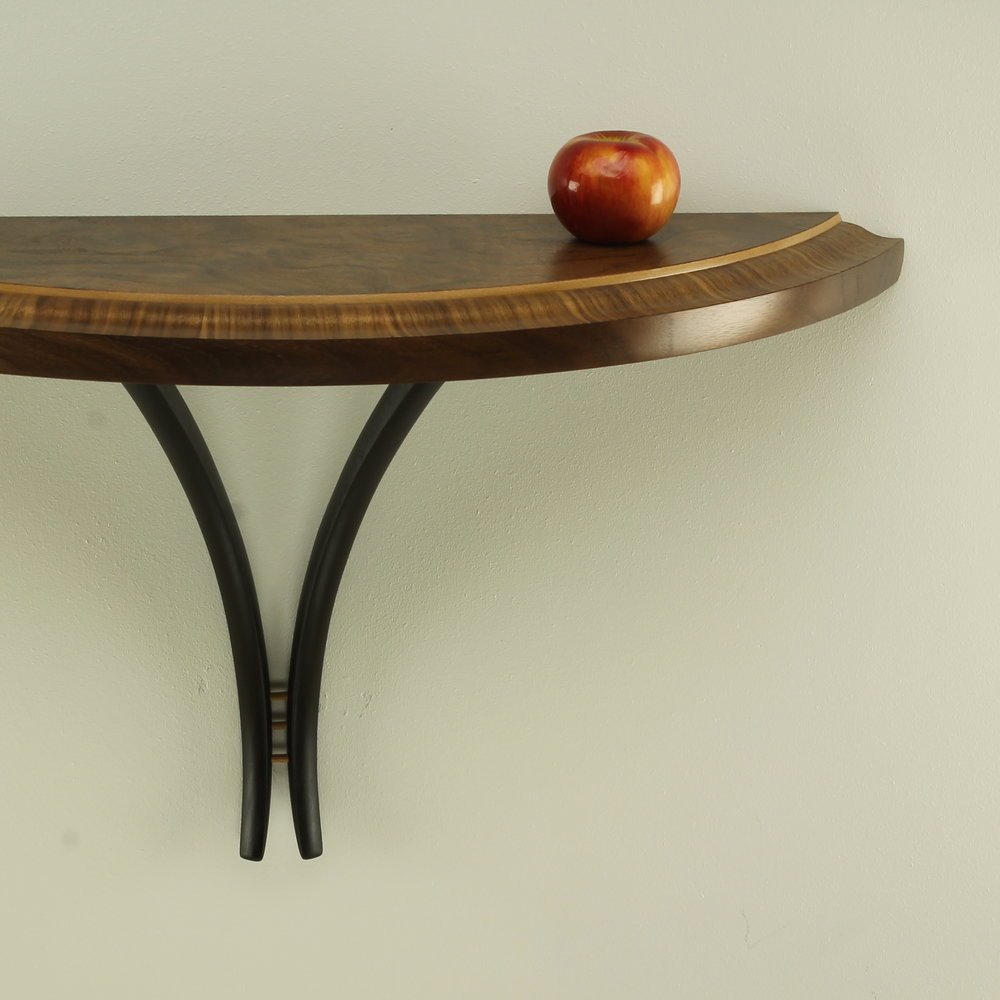 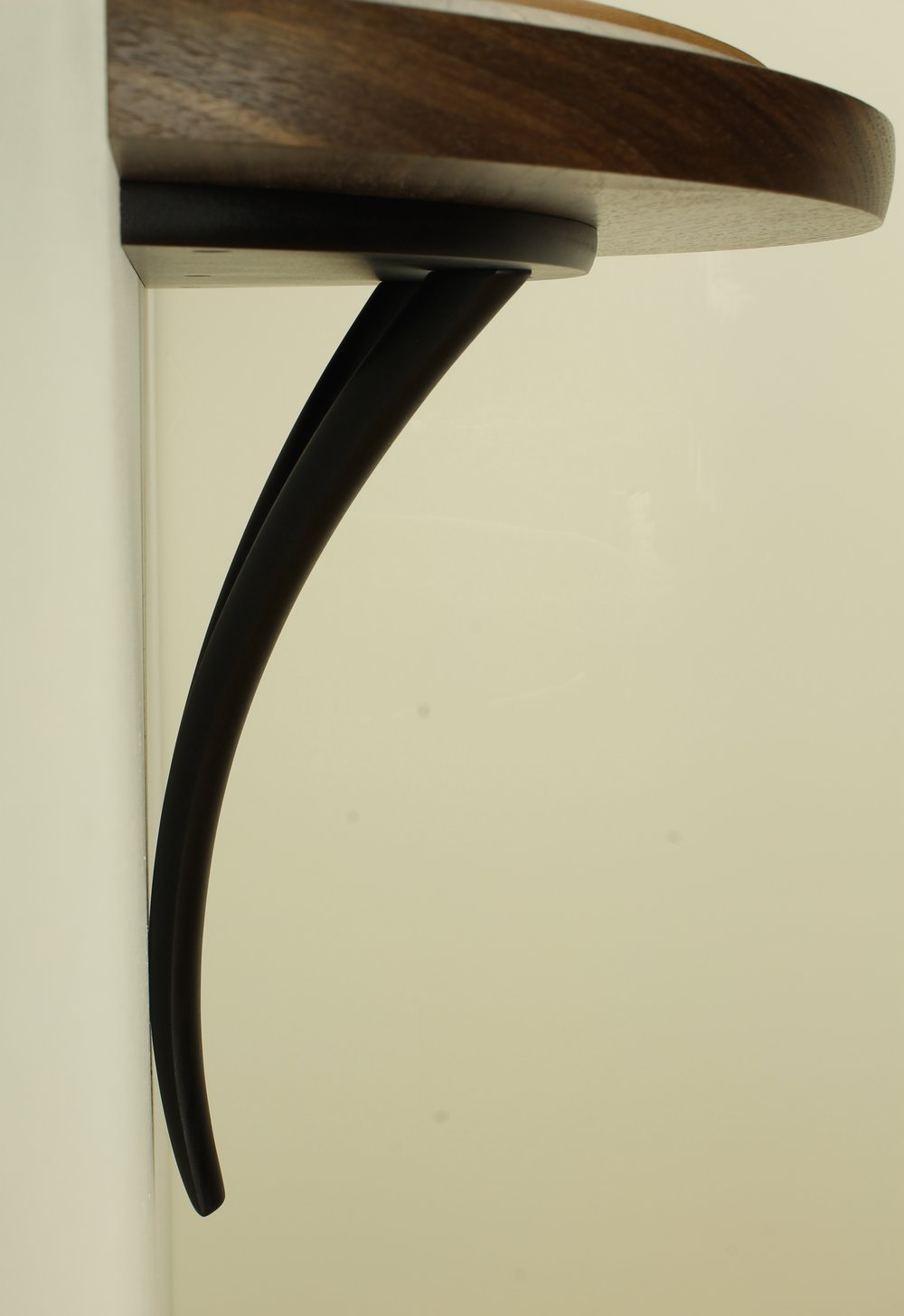 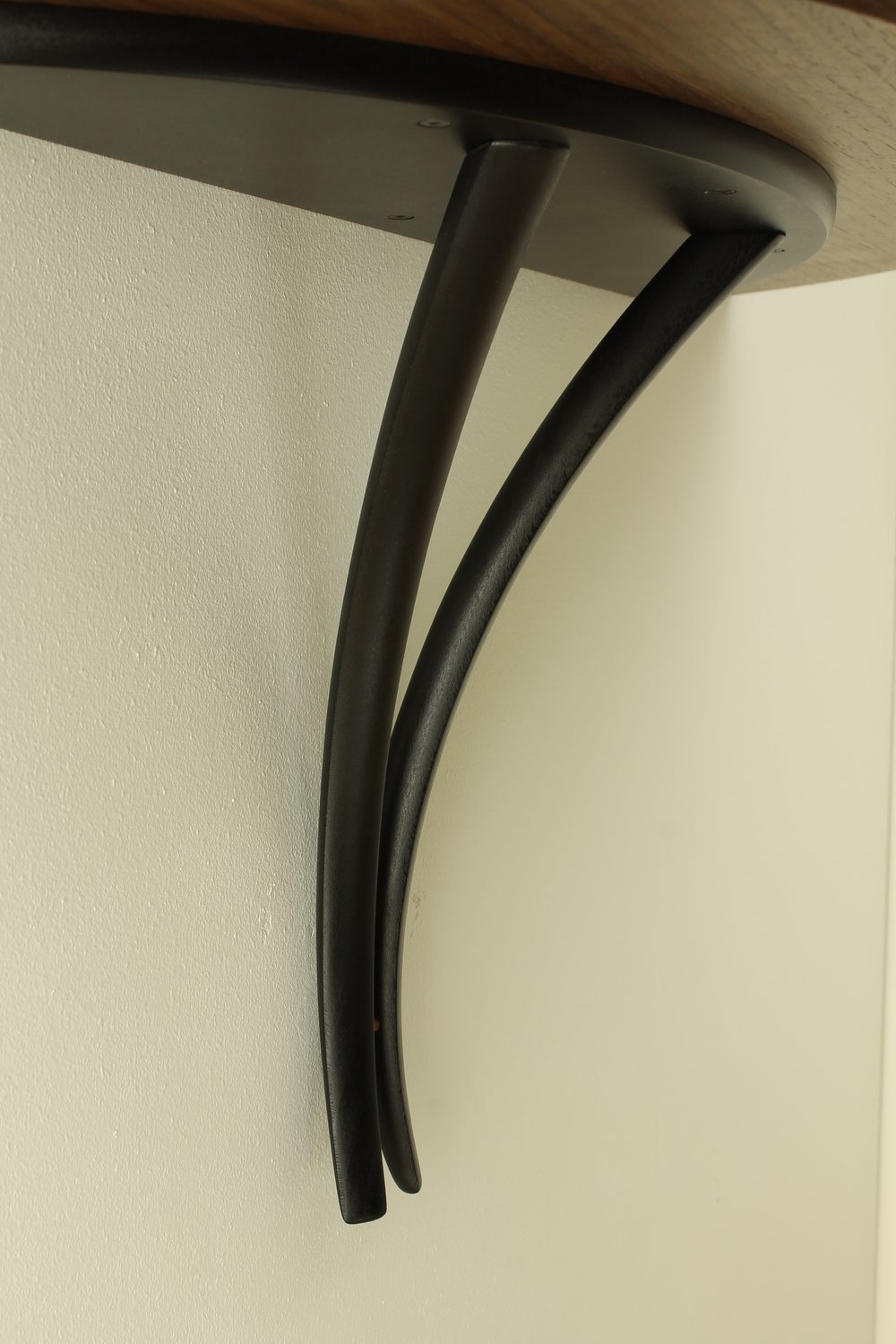 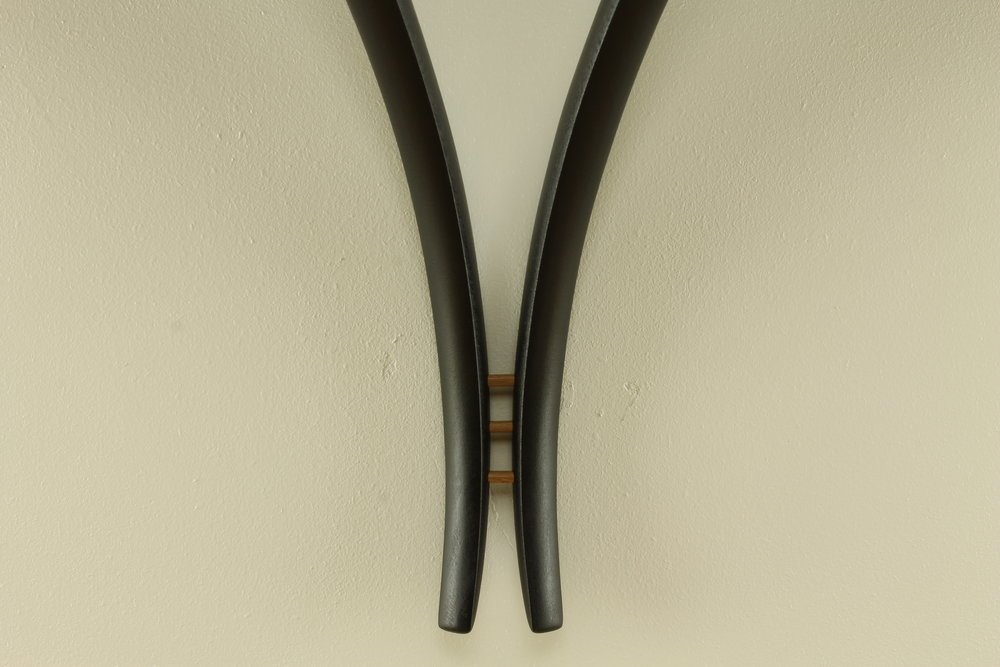 This demilune table is my contemporary take on the classic wall table. It features walnut burl veneer over solid walnut edging and sycamore inlay. It has a waterfall edge with radial walnut veneer. Rather than having the table sit on legs, I chose instead to have it mount to the wall with a bracket. The bracket is made of ebonized sycamore with sycamore dowel detailing.

Since this table top is an arc I was able to do much of the processing by using a pivot point at the exact center of the circled described by the arc. To accomplish this I glued an extra bit of wood to one of the long edges of the rectangular ‘blank’ that was to become my top and drilled a hole in what would be the center of the circle. Starting with the rectangular blank, I used this hole with a circle cutting jig to cut the arc of the table top out on the bandsaw. I also used the pivot point with a special veneer cutting tool to cut the precise shape of veneer needed for the waterfall edge. I used my router in conjunction with the pivot to route the groove for the sycamore inlay and later to put the bevel on the inlay after the top was veneered. Once I was finished with all of the operations that would need the pivot, I cut off the extra block of wood and continued my project.

Creating the wall bracket was the most challenging part of this project. I had a difficult time visualizing the parts that curved, tilted and splayed. I ended up making models, first in rigid foam then in pine, to understand the relationship of the parts in 3-D. Once I understood the parts I was able to cut them on the bandsaw. Then I built a jig so that I could hold them in the proper orientation while I created the plane at the top of the bracket where it would meet the bottom of the table. I used my router as an overhead milling machine for this part of the operation. The next thing I had to do was drill the holes for the dowels while maintaining the orientation I had just established. Once the holes were drilled I was able to complete the shaping process. I tapered the parts on the bandsaw and then removed as much wood as possible at the router table. Then I used various rasps, files, custom-profiled sanding blocks and card scrapers as I sculpted the parts into their final shape.

I made the sycamore dowel by cutting long, thin strips a little bit bigger than the diameter of dowel that I wanted. I turned the square into an octagon by removing the extra wood with a hand plane. I made the octagon round with a custom-made card scraper that helped me remove the extra wood and establish the exact diameter of dowel that I wanted.

I finished the wall bracket by ebonizing it. This is a process that causes a chemical reaction in the wood to make it turn black, much the way a rusty nail leaves a black mark around it in old wood. I use a product from the leather tanning industry to add extra tannins to the wood. Then I take a solution of vinegar in which I have dissolved steel wool and apply this to the wood. The vinegar solution reacts with the tannic acid solution and causes the wood to turn a lovely, deep black color. I love this translucent finish because it allows you to see the wood grain through it.